Space Capsule [featuring IT as IT] 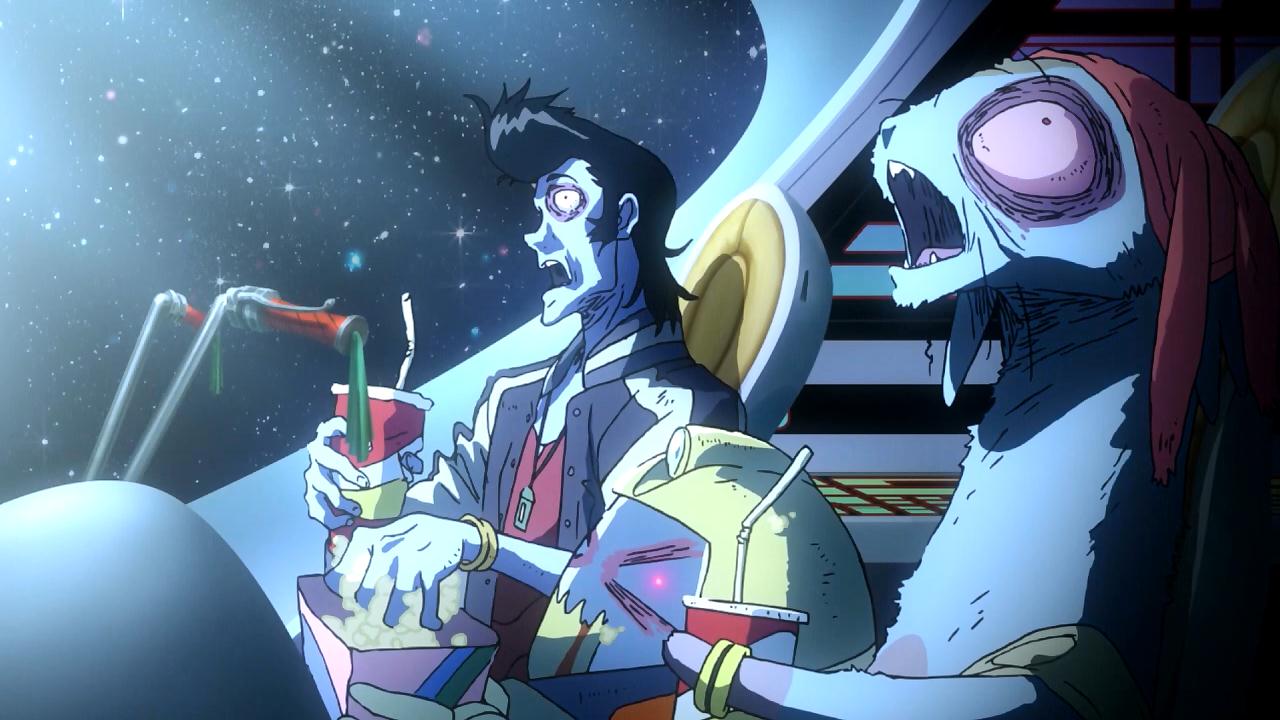 its dark out there

Last night I had a dream, a space dream that reminded me black and white of younghood, of anxiety times when I used to fear things like knives/ freddy/ dying before Christmas/ being cut/ recycling my mother’s madness and worst of all floating above Jupiter without any support nearby no other ships or space stations or defiant or kira nerys to swoop in and save me from floating downwards to the surface of big non-ascending Jupiter and there was no spaceship holding me either it was just me and my spacesuit and my helmet and my gloves and that’s about it and although it takes time to be pulled into the atmosphere I was in a dream and dream time was the constant I was dealing with so

I could see the planet getting closer and closer and the red spot getting bigger and bigger as big as Neptune until quickly it was gone and the black was gone and I was falling into the pink and grey and blue misty stuff the thermosphere or troposphere and I know technically I should’ve been crushed or having a heart attack at this point but it was a dream so it was a hundred times worse.

The idea that you have no idea where you’re floating to it’s been done a few times in star trek specifically the night episode of Voyager and every time it makes me anxious I can’t help it and every time it happens in my Jupiter dream I wake up and thank the universe that I’m not anywhere near that fucking planet and am unlikely to be so for the rest of my life.

I want to go to space someday, just not alone in a spacesuit and not too deep where its dark and

we’d stopped jumping and had settled down so we hadn’t hit anything rocky or weird which my alternate wife said was pretty unlikely anyway as space was huge and the chances of actually hitting anything like an asteroid or random debris or whatever was 1,000,000,000,000,001 to 1 and I nodded my head as it sounded accurate enough and the kid who I think was the one she was telling in the first place nodded his head too and

watched the episode of star trek where Kira flies planet to over-populated planet and the space around her is black but a friendly shade of black and journeys take a matter of minutes not years and once I’d got that version back in my head everything was okay my anxiety was gone or was dormant or had re-modulated itself back into regular anxiety and the universe around me was small and traversable and fake-knowable again.

When I’m surrounded by people here in Hong Kong I take out a pad and write down how long it takes the enterprise to go from wherever they are to somewhere else.

Risa to the Klingon home world.

The Alpha Quadrant to the other one.

In the narrative, it takes days or weeks.

On screen, for me, four scenes.

The characters on the ship, ordering the trip.

The ship flying from one end of the TV to the other.

The characters on the ship, saying whatever the script tells them to say.

The ship orbiting the destination planet.

No time for anyone to worry about concepts or smallness.

In real space it would take hundreds of years.

And you’d be alone.

Alone with other people just as terrified as you are.

Don’t worry about me, I’m fine. You know I have no qualms about being alone. If anything I prefer it as it cuts down on intrusions, especially when I’m as tired as I usually am in my current state. Yes, as long as I have my TV and my bed I’m a happy bunny.

I’ll get in touch later in the week to let you know what the doctor says.

Is Charlotte still coming round?

No, she’s very busy at work. But it’s fine, I much prefer it this way. Makes it easier to cope with everything.

Okay. If you think that’s best.

Btw, finally got my visa. Next up: Cantonese lessons.

Haven’t heard from you in a while…you okay?

Every planet we discover that doesn’t have aliens is meaningless.

There are billions left.