Virgin of the 7 Daggers // Vernon Lee 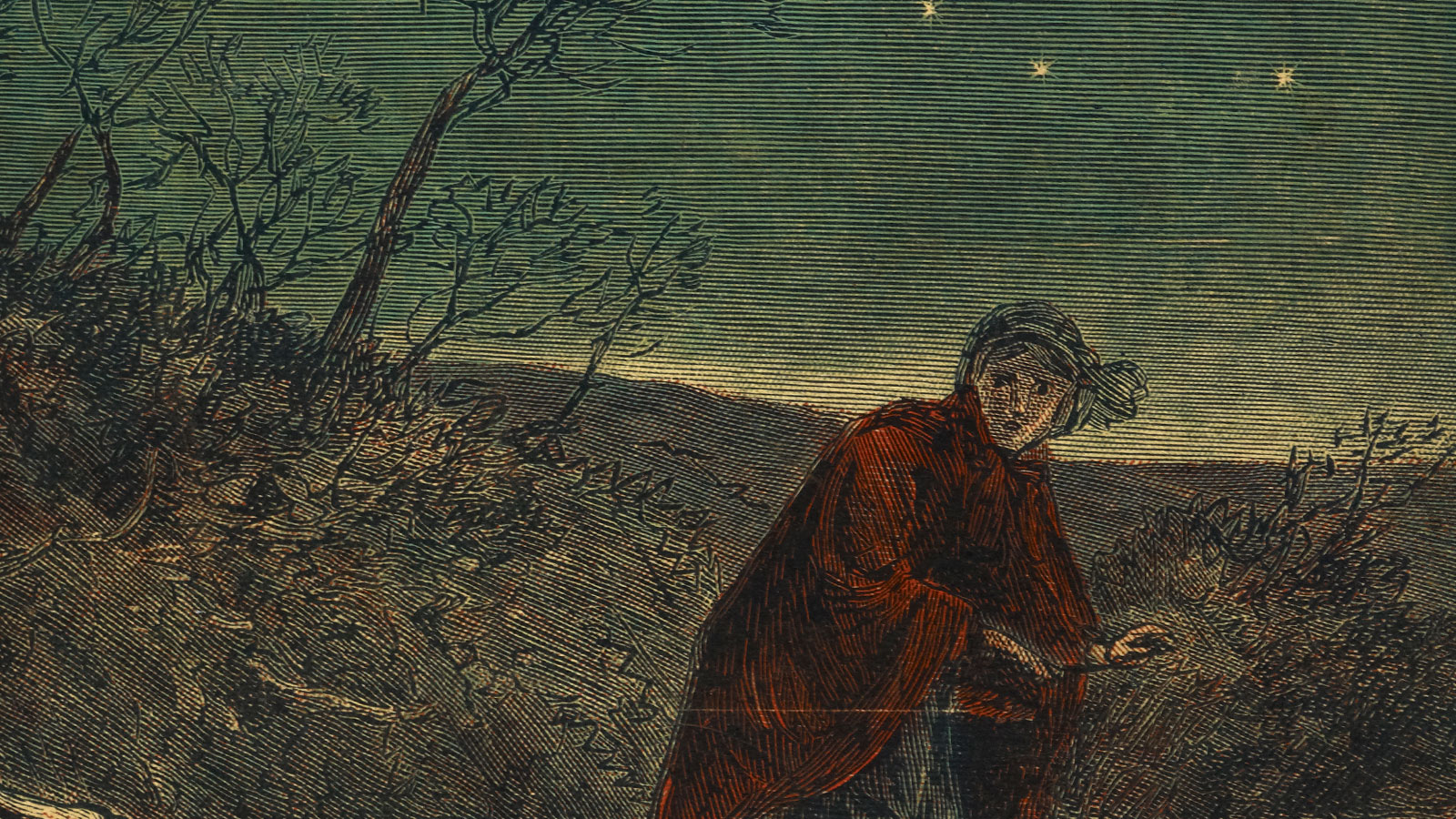 There’s something about 19th Century fiction, or authors, the way they write their characters. Psychologically, they’re weird and deep, they have active minds and they think in a way that seems almost like a foreign language now. Even Sherlock Holmes has this style, though most people are used to his shtick.

Whenever I read most modern fiction, I feel like I’m reading something a person down the road wrote.

Even if it’s sci-fi.

You ever read Redshirts?

All those characters…you could’ve listened in on them at a coffee shop in the US, there’s no distinction in thought or voice.

With older fiction, or modern fiction from other countries, or some zines, you don’t get this problem. If it is a problem. Maybe other people enjoy it. Judging by the success of things like Redshirts, I guess they do.

I don’t wanna pick on Redshirts. It’s not a bad book. You could take most modern books and find the same thing. And sometimes there’s gold in the mainstream. Like the story by Kij Johnson about being fucked in an escape pod by an alien. It’s just weird how the same people who pick that up for their mag, also pick up stuff that is nowhere near the same quality.

Maybe 120 years ago, someone would’ve felt the same about Vernon Lee. It’s probable, the language would’ve felt familiar to them, the same way something like Redshirts feels 100% American blog to me.

But wasn’t supernatural fiction fresher back then?

Don’t we have millions of books now, most of them not that different in voice and style?

There are six stories in this collection, some of them blurring into each other [in my memory].

The first one is the most distinct as I still don’t really know what the point of it was or why the main character became obsessed with the Snake lady. It’s never fully explained, as far as I know, though the clues are there throughout. I just can’t remember any of them. It’s been a year since I read it, maybe I should go back and re-read?

I went to the library and someone’s taken it out. Maybe they missed the clues too. It couldn’t have been an accident that they took it, the spine is very slim and it’s sandwiched between two giant books. I think the only reason I noticed it the first time was cos I was searching for Tanith Lee.

Anyone checked on Avon lately?

The last story, the Virgin of the 7 Daggers, is probably the worst of the collection. Perhaps it was unique at the time it was written, but the ‘hole leading to some version of Hell’ plot has been exhausted, if that was Hell he ended up in?

It seemed a bit like filler, with no exceptional weirdness to elevate it to the level of the first story. Actually, the other four stories didn’t elevate either, but they were short and the characters had more of a relatable mind, especially the young guy unimpressed with everything around him and willing to cut down a statue to free a demon just to feel some passion in life.

Overall, the first one’s the best

But only if you read it as the opening chapter of a novel.

Actually, it’s good no matter what you do with it.

Same for the whole book.

The other stories are all psychologically intriguing, or just brutally baroque…bathetic…very violent in a baroque way…I’ve looked up these words and none of them mean what I wanted to say…characters do things that are brutal and OTT yet it’s more melodramatic than realistic…you don’t get the feeling that anyone really died that way…or the characters don’t dwell on the trauma of it…

I think one guy discovers his wife packed in a trunk, cut into pieces…

Also, most of the characters are male, while Vernon Lee was female…yet it’s not a problem cos she focuses on their psychology, their obsessions, which has to be the best way to write a character of the opposite sex.

Not surprising to read that Vernon Lee [Violet Paget] developed her own theory on psychological aesthetics and was a big fan of hauntings…it’s all over her stories.

Why had I never heard of her before?

Why do some classics fade and others cement?

When you think about it, the number of people in the world who never had a chance to write or paint, in each nation and each era…the number of classics we never got…reminds me of the Swahili City States, 600 odd years of history involving China, India, Persia and West Africa, no westerners in sight, and there’s very little left to speak for it, just a Persian or two doing a travelogue…

Would it have killed others to pick up a quill? Or whatever they used for writing at that time…