I can’t describe the poetry of Tyson Bley, it’s almost totally alien, but I can say that the word choice is great. Unlike other authors who seem to write random shit sludged in surrealism, these poems have a sense of humour.

If you want an example, go here or here

The only Trek novel I’ve ever read [I’ve tried a few others, but they’re far too bland, maybe due to modern restrictions about what authors can and can’t do in the Trek Universe] and it’s a good one. The first chapter is near incomprehensible…we’re thrown into a klingon game that seems like a live version of chess and there’s little explanation of what’s going on…but if you can get past that, it becomes an interesting look at klingon culture [that got wiped and replaced with drunk samurais when TNG came along, apparently].

Klingon Captain Krenn is a ruthless war strategist, but on a mission to Earth Krenn learns a lesson in peace. Suddenly he must fight a secret battle of his own for his empire has a covert plan to shatter the Federation. Only Krenn can prevent a war, at the risk of his own life.

You can buy it pretty cheap here

It’s starts in a mental hospital with a beautiful take on Dracula, without following the plot of that book or including Christopher Lee. The writing is smooth and great. Not sure why there’s a horse on the cover.

To read some of it, go here

“S/N/D is beautiful in its calm. Divvied up into two separate pieces the stories work together to harp upon similar themes. Longing is a prominent theme. The loss of a something pined for and never gotten hurts. People go through it all of the time no matter what the age or setting. Each story works hard to avoid any specific reference to time. Fragments of modernity come through (puffy jackets, glitter, and cars) yet these are mere adornments. Put into a vacuum the stories exist in another realm universe resembling a gentle surrealism.”
—Beach Sloth

“Soren Melville is writer who is two writers writing two books that is also one book which is a cool, precise timelapse of death without dying, insanity without chaos, feasting without fuckery. Read it and touch yourself.”
—Penny Goring 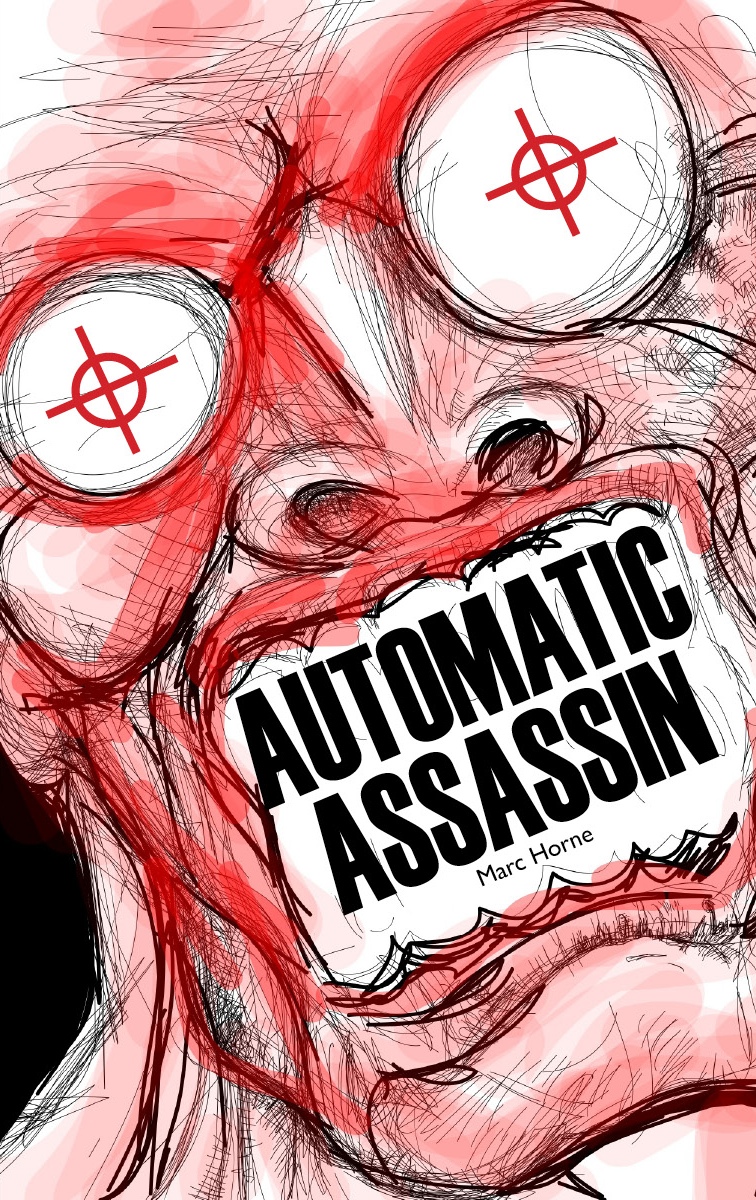 A short book, around 100 pages, but written in a style I’ve never seen in a sci-fi book before. This shows why innovation always comes from the margins, not the bland stuff that wins all the awards.

A cyberpunk space opera about Xolo, a man who replaced his conscience with a machine.

A routine assassination on a synthetic planet gets complicated when Xolo stupidly rescues some kids, gets a bomb in his head (that falls in love with him) and then winds up on the world of kings, brainslaves and electric zombies known as ‘Earth,’ where he is mistaken for a cosmic messiah.

The first page seems like some kind of pastiche of early 60’s London, but as you keep reading you realise how great and consistent the voice is. Don’t think I’d like to live in the main character’s world – Star Trek is where I wanna be, or a castle with Vincent Price – but it’s so well written and feels completely real.

1963, and panic about the spread of heroin addiction in London. While the Profumo and Challenor scandals are exposing the dark underbelly of post-war Britain, a teenage heroin and cocaine addict undergoes a cold turkey in a padded cell. His escape from custody triggers a chain of events which ends in murder and mayhem.

A writing style I usually find tough to like [vague, dreamy, vaguely dreamy], Berit does it so well that I make her the exception.

You can read some of Berit’s short stories here

The Empty City is a story about awakening to universal truths and one’s true self. It is told in short episodes that describe a place, a dream, a question, a memory, a fantasy or an event. Urban explorer and lucid dreamer Brandon Minamoto discovers that outside his thoughts and emotions exists a world that is silent and open, surrounding him and everyone else. The silence starts picking him apart and makes him question his sense of self and his past. But behind all the noise and the stories, there is something constant and unchanging.

If it’s about space, I’m already 97% in your pocket. Except real space, which is cold and depressing. Destination X is pure fantasy, and it’s okay that a lot of it is an astronaut walking around an alien planet alone because Red Dwarf also isolated its characters and played up their flaws, which was perfect, so as long as your characters are interesting and flawed then it works.

Plot: This is the story of young Sam, grandson to a world-renowned space adventurer and author. Marvelled by his ailing grandfather’s stories of interstellar travel and alien romance, young Sam models his life after his famous relative — even though no one knows if these stories are true. So focused is Sam on fulfilling what he thinks is his natural destiny, he becomes blind to his own reality. Just as his life begins to finally resemble that of his grandfather, his follies and shortsightedness ultimately lead to heartache, disaster, and an unsettling tragic end.

You can get it here

I read this in a zine shop in Copenhagen in 2013, so I don’t know how easy it’s going to be to get your hands on it. You may have to travel to Copenhagen. Or you could contact the guy who made it here

There’s no plot to this one, it’s just a series of monsters and robots with a description of them on the page opposite. But it creates a pretty expansive and convincing universe, with a lot of the characters having a history with each other, as well as death feuds, relationships, book clubs etc

If I’d had more money at the time I would’ve bought it. But I didn’t, so now all I have is the memory. And the pictures [without descriptions] on Rune’s website

Got it from the library in Hong Kong because I used to live in Japan and missed Japanese stuff.

Plot: a guy in the near future, possibly Japan, lives through some incredibly short chapters and vague descriptions. There are gangsters in the background, but I have no idea what they’re doing there. Probably the kind of book you could interpret 700 different ways and not be wrong about any of it as no one else will know what it’s about either. Great stuff and pointless stuff all mixed into one.

‘ Sayonara, Gangsters seems mostly interested in amusing itself, unfolding in accordance with private rules. Only you can decide whether this whimsical novel is worth your time, whether the emperor has clothes, whether or not he knows, and whether or not it matters.’

Found an issue of this in 56a info shop, London and liked it. Can’t say much about the plot as there isn’t one, it’s just a zine that follows the author around on her various travels, which is like a lot of zines really. It seems that Isy has stopped making them now, but I’m only guessing that from what I’ve read online.

Buy some of the issues for dirt cheap from active distribution [and then read their about page, it’s quite inspiring]

A legend in the zine world, this zine has been going on and off for over 30 years now. Funny thing is, I’ve never actually read a whole one. Every info shop/zine place I’ve been to has not had it and I don’t know why. Most of the places were in Europe, and Cometbus is based in the US so that could explain it.

Anyway, you can get the back catalogue online…including the one about Cometbus touring China with Green Day and trying to figure out if selling out is really holding hands with the devil or just a natural evolution for people with talent.

You can buy a lot of them at microcosm publishing

It’s still in its infancy, only three issues on the table, but it gets better with each one. By better, I mean the first issue has good stories, but not much art decoration [except for the great front cover image of a real space creature called Tardi something] while the third issue has both.

My favourite stories so far have been a couple arguing over their washing machine child and aliens as non-corporeal feelings visiting Earth and being penned up on their own land. It’s weird, doesn’t make a lot of sense and is therefore exactly the kind of thing I like.

You can get all issues [handrolled] here