Masque of the Red Death

‘In the castle is something rare, a strong female character, and she’s not happy about Prospero giving her room to a peasant girl. The rest of the film deals with Prospero worshiping Satan and trying to convince Jane Asher that Satan is great, mostly by doing reprehensible things and completely failing to justify them.’

The Tomb of Ligeia

‘A reclusive widow with an aversion to sunlight, who is supposed to be in his 20’s but is instead Vincent Price in his early 50’s, allows an impulsive young woman from a mansion nearby to hang around his own mansion twice before she falls in love with him and they get married. The only problem is the dead wife of the man is buried in the back garden and she’s some kind of Egyptian witch who isn’t fond of sharing her husband with anyone. Her plan; ring a bell very loud and snarl at the new wife when in cat form.’

The Haunted Palace + The Pit and the Pendulum

‘Several women are zombified and impregnated at Vincent Price’s luxurious American palace, but some of the villagers find out and burn him to death. Before he dies, Price borrows the Bush family strategy and vows revenge via a future relative who will look exactly the same as him.’

‘The first minute or so of The Raven has Vincent Price reading from the Poe short story, and the next ten minutes make it seem like the film’s going to be following it through to the bitter end, which would have been truly bitter if they had as it was looking stretched even at the seven minute mark. Luckily, the raven starts talking and the whole thing is saved by the double bill of Peter Lorre and Vinny Price.’

‘An old, blind housekeeper feels bored of life and decides to stop brushing her hair, hang around the basement walking slowly in and out of shadow and skateboard past the second lead actress without saying a word.’

‘Probably the worst part of this drama is the action and its delineation of vampires, who seem to be 20 times stronger than humans, instead of just 3 times stronger.

It makes the plot very inconsistent.

E.g. one scene will have a vampire massacring an entire team of swat police at hyper speed. Then the next scene will have the two human sidekicks fighting the same vampires and doing quite well, mostly cos the vamps are suddenly swinging like a pair of drunks.’ 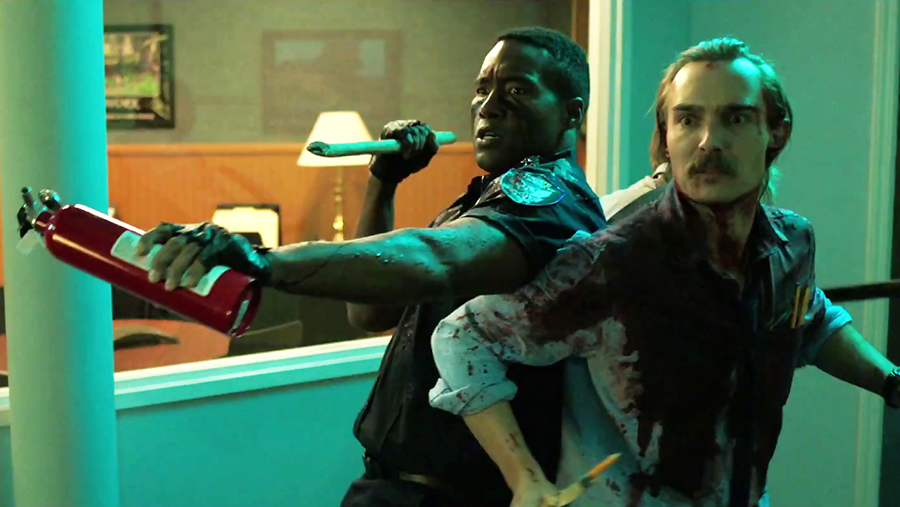 ‘Plot: For forty five minutes an ordinary sales department goes about its daily routine, with a few people being murdered in quick scenes. Then Fran Kranz and Jay Mohr’s son realise everyone’s a vampire and go on a killing spree.

Subplot 2: Fran Kranz said ‘no’ to his girlfriend when she said she loved him and now she’s not talking to him. This is the obstacle he must overcome in the film.’ 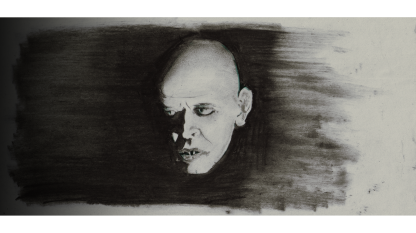 ‘Unlike Stoker’s Dracula, Murnau’s vampire Count Orlok is vanquished by Ellen in a stark contrast to the book, in which it is the boys that do all the noble vanquishing of evil. The 1922 date of the film argues that it was not a feminist agenda that changed the plot, but a simple need to streamline and, perhaps (to be quite honest) to keep things from being too boring.’

John Dies at the End

‘The part where I felt this could really be something special was when John escaped from the police station and there was no one else on the street apart from the hot dog guy. At that moment, it had the potential to go anywhere and I actually paused it and thought, man, this could go anywhere, I wonder what will happen next, maybe Danny Trejo or Jane Fonda will show up [The only other time I’ve done that is with John Carpenter’s ‘The Thing’ when I was 13].

But then the blob creature appeared [not Jane Fonda].’

‘We start with Maika [Monroe] getting out of bed and writing a long note to the guy sleeping behind her. She leaves and the guy wakes up, reads the letter and visibly looks confused. He tosses the note down and goes back to sleep. Later he wakes up and sees Maika Monroe walking back into the room and onto the bed. He smiles and holds out his hands, not realising it’s the monster…’

‘An American woman with big calves and backpack checks into a shitty Bangkok apartment. Someone tells her a girl got her head cut off in the same apartment a few weeks earlier and she doesn’t even blink. After looking at some of the slum buildings outside, she logs onto a sleazy website recommended to her by a French woman staying in the same block. Sleazy things happen, but not to her, she just watches. Some people die. Is the website cursed? Or is it just a guy pretending to be a woman and stalking gullible prey?’

The Guest + No one lives

‘I wonder if ‘The Guest’ and ‘No one Lives’ would pass the Bechdel Test? They say horror is more representative of women, which is an easy sentence to make when you don’t need to explain who ‘they’ are…yeah, I just made it up. I guess I’m thinking of the ‘final girl’ trope from horror films…the idea that women are the only ones strong enough to beat the killer, like ‘Nightmare on Elm Street’ and ‘Halloween’…even though they’re used as the final girl because they are physically weak and can make the film scarier. E.g. if Michael Myers had been chasing Macho Man Randy Savage round that house I don’t think it would’ve been quite as terrifying…’