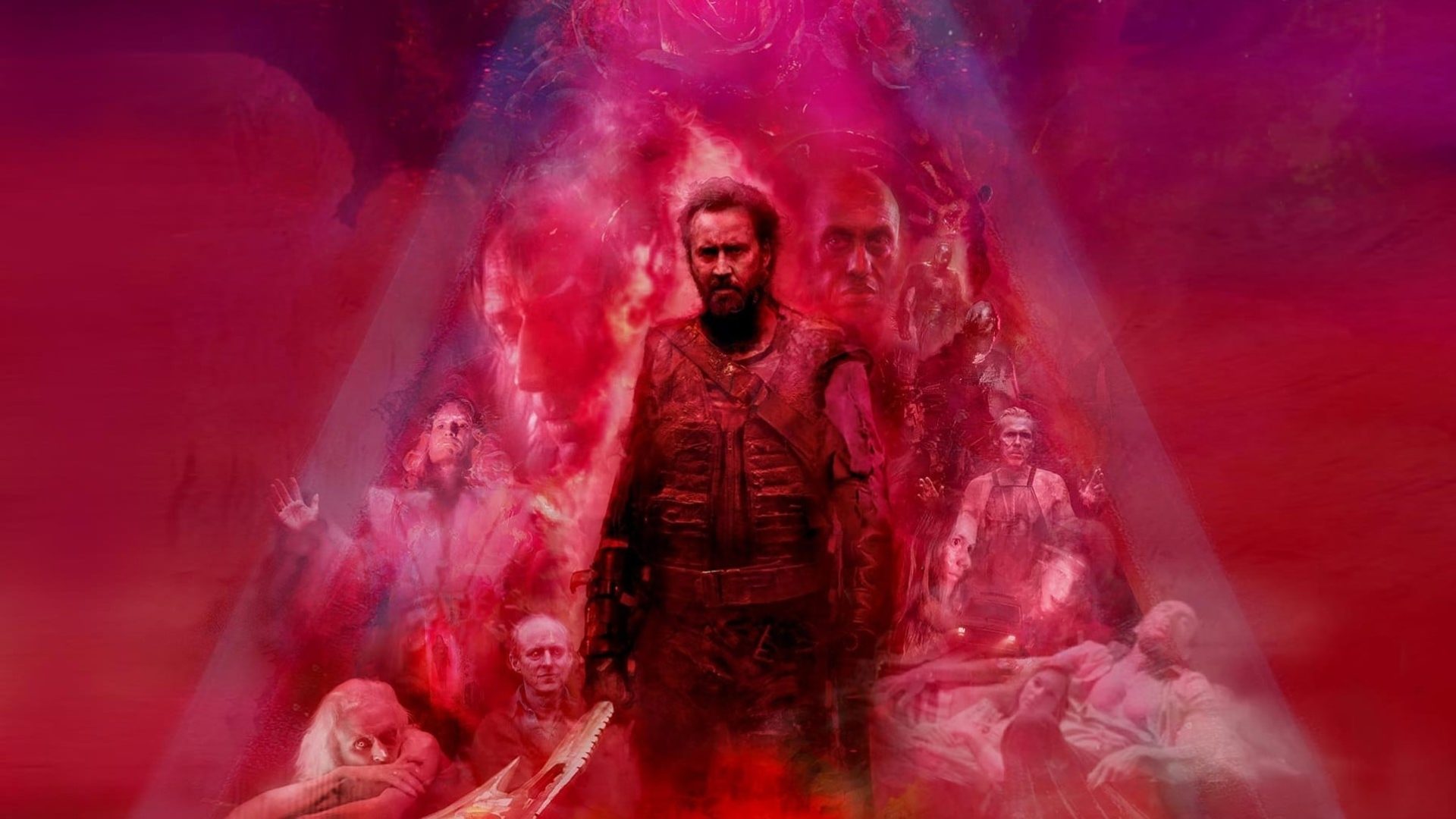 Plot: Red and Mandy live a peaceful life in the Shadow Mountains, a place that is idyllic during the day and nightmarishly red and misty at night. One day, Jeremiah Sand and his cult get lost on the way to the recording studio and pass by Mandy, who chooses the worst possible moment to look interesting. Sand decides that he must possess her so sends his goons to summon some demonic bikers and kidnap her.

Subplot: An overweight kid has a gnawing sense of dread as he suspects his new friends don’t like him as much as they say they do.

I don’t watch enough movies to make that claim, but it is weird, and slow-paced, and it does have those moments that transcend expectations and make you think, J J Abrams would never have done that.

Instead of reviewing it, I’m gonna point out all those moments, in no real order.

Calling the satanic bikers using the rock of ??

As with most of the film, there’s no exposition about what the rock of ?? does or how it works or how Jeremiah Sand came across it, the cultists just park their van in the middle of a blood forest and blow on it. Then wait.

While waiting, the blond cultist who always has his mouth open, winds down the window, looks out at nothing, winds it back up again, pauses, winds it down again, looks out at nothing etc. The cultist who blew on the rock is caught in the foreground slowly losing his patience and maybe what’s left of his mind. In most other films, there would’ve been dialogue. In this one, nope.

When they’re not glued to their leader, these cultists hate each other. END_OF_DOCUMENT_TOKEN_TO_BE_REPLACED