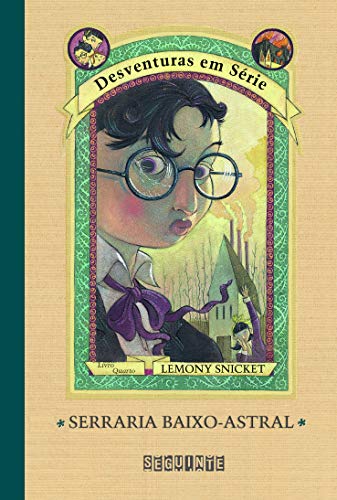 I don’t know why I’ve been sucked into another language when I already had plans to study Urdu, Farsi, Manx, Slovene, Croatian and Bajoran, but there’s something about Portuguese that I can’t let lie.

I can’t let it lie so much that I bought a Lemony Snicket book in Portuguese, plus an Angie Sage book, plus ‘So long and Thanks for all the fish’.

Already I can get through Portuguese text quicker than I can with a Cantonese book. I’m on page 79 of the Lemony Snicket book after 2-3 weeks of reading 1 hour a day.

Technically, that’s quite slow, very slow…but I’m a beginner. And I’m also the kind of reader who wants to understand every word so I’ll spend a lot of time with the dictionary.

Do other people do that?

Obviously I forget most of the words, and I can’t speak much at all, but I like the process of it.

They talk about how they can chat to people fairly fluently without clarifying how much of that conversation is in English, how simple the vocab is, how fast the other person is speaking etc.

They post videos where they dominate the conversation so as not to be tested on their listening skills.

It’s not a complete lie, they clearly know some of the language, but it’s still a bit of a grift if you ask me. Especially the ones who are selling something directly.

My listening is shit.

If people don’t come down to my level, I struggle.

If they say a word that I just said a minute earlier, I will often not understand.

I imagine it will be the same in Portuguese.

It might be down to bad technique. When I listen, I try to catch every word, which is probably a mistake. And when I don’t understand a chain of words, I get frustrated and lose my discipline completely.

I don’t think I’m alone in this.

Despite her pleas, I’ve been trying to get my wife into Portuguese too.

It’s pretty amazing, I’ve been doing the drilling routine for about 3 months, and I would guess that my wife knows 100-200 words in Portuguese without making any effort whatsoever.

That reminds me, whoever said you needed to know 2000 words to read a newspaper is clearly reading the kids edition.

It should be: ‘you need 2000 words to get the gist of the news in the newspaper, and even then some of the headlines will confuse you.’

But then, there is no dumb when it comes to language, anyone can do it if they put the time and effort in. We all know at least one language, right?

More likely that others are just exaggerating.

Only way to know for sure is to meet them in person and put them under the interrogation light. Like my friend who claims to be fluent in German yet never said a word when we were in Berlin together. How strange…

Or perhaps my definition of fluency is off?

To me, fluency is the ability to meet a friend and start the conversation creatively, not with a memorized phrase. I.e. the ability to adapt to the situation.

If you’re not able to adapt or say something unexpected then, in my book, you’re not fluent, you’re just repeating patterns like a robot.

Added to that, if you’re always saying ‘I think…’ ‘because…’ etc. instead of using synonyms or different patterns  then you’re also not fluent.

And if you’ve been studying for less than a year…it’s extremely likely that you’re not fluent. Not impossible, but unlikely. The process takes time, and a variety of materials, and a lot of learning and forgetting and learning again.

Is that too harsh?