Zelda: A [tenuous] Link to the Past

‘You’ve got as long as you need though. No rush.’

‘To find the three items and stop me taking over the whole kingdom.’

‘The kingdom’s three villages and a tree stump.’

Link points the wooden sword at the magician/monster. ‘Where’s my pa?’

The monster throws another smoke bomb and disappears. It reappears in the green room, lighting up and taking off its mask to reveal the pasty, peeling head of Jon Voight. He blows out smoke and barks at the fairy of the lake to massagi his head.

Link wanders out of the castle and onto the open grass. He wanders off the grass and onto the path, following the signs to the Eastern Palace.

‘What’s the difference between a castle and a palace?’ he wonders. ‘The person inside it? Size?’

A rock lifts itself up and does a suicide run at Link, managing to bump one of his shins before being slashed in half.

‘That’s different. Can all rocks do that?’

A bush does the exact same thing, but there’s no fear factor, so it’s quickly dealt with.

Link wanders on, meeting some people walking in straight lines, sometimes sideways, sometimes up and down. He doesn’t know them, so he tries stabbing at their waist, but they appear to be immortal.

‘Do you know where the Eastern Palace is?’

‘Four screens to the right.’

‘Someone with a lot of cash.’

‘And murder everything inside.’

In the Eastern Palace, Link stays true to his word and slaughters everything he comes across. Most of them die after two slashes, but some need more. It gets bloody, but not immoral as they’re in the way and look foreign.

The last room in the palace has some kind of insane homeless man pinballing off the walls, so Link asks nicely for the item.

‘Just…stay still a minute. It’s hard to hear you.’

The guy pinballs off the far wall and back again, throwing a glowing blue dot. Link dodges, but the heat coming off the thing is huge. He fires another. And another. No sign of the item. Another. The last one hits Link on the side and burns a little.

Why’s he so angry?

Link can’t hear any sirens, but to be on the safe side he uses his new metal sword to gut the homeless man before sprint-shuffling back out the front door.

He checks the map. Another palace is flashing, this one in the bottom left hand corner.

‘Okay,’ says Link, scanning for sentient bushes nearby, ‘hopefully the item’s next to the front door this time.’

The second palace is tough to get into. He has to find a flute, stand next to a gargoyle’s head, position himself on the symbol carved into the rock and then wait for a tongue to come out.

if those fucking eagles didn’t keep swooping down

When Link does get in, the eagles vanish and the dungeon monsters return. A little similar to the last palace, but adjusted slightly for desert theme.

First up is the map.

Link checks the map and sighs.

The map is not on the map

Neither is the compass or the special weapon.

The only things given are the rooms he’s entered, which so far adds up to the reception hall and the toilets.

He takes a door on the right.

There are four torch holders in four corners and nothing else except a single, locked door.

What am I supposed to do here?

He thinks a while then goes back out.

He goes back out, through the hall and into the four torches room. Still empty. He lights up.

Maybe if I kick down the door?

Or just push it open slightly?

He stubs out the cigarette and kicks the door.

Three more kicks and it’s down.

A lot of little things jump out and try to kill him, but he copes. Some wander over to him gradually, in weird lines, and he copes with them too. Doesn’t matter where you hit them, two stabs and they’re gone.

He finds the map and from there the compass.

The special weapon turns out to be a coupon

He pockets it and vows to go later, if he can find it.

Link takes everything and moves down deeper into the palace.

The lighting maintains its standards

and there’s another lunatic homeless guy in the final room, completely impervious to reason. Link stabs him twenty odd times, drinks some of his blood then makes his way back out into the desert.

Two homeless guys down, one to go.

and would be bad if he wasn’t giving 5 quid a month to Shelter.

Am I still doing that?

‘I’ll check my account later, in the village.’ He rubs his head. ‘If I can get past that green rock.’

The third palace with the third item is all the way up the top of Mount Aso. Link gets as far as the village before deciding, fuck this, I’m getting a drink, maybe a hand job too.

Sadly, the young man who gives out both is playing flute in the forest, so Link just sits in a bare, depressing house by himself and waits for the ambience to adapt to his mood.

Five minutes later, he feels low, lower than Rachael Weisz after Chain Reaction, but he can’t move, he can’t even lift up his sword, so if one of those little walking rocks does come in the only thing he can do is nothing.

‘I could write that novel I always wanted to write…’ he says to himself.

But it’s stupid, he counterthinks

Slovenia would never be that strong

He rubs his eye, leans too far right and falls off the stool.

Pulling himself up, he kicks the stool that put him on the floor and walks outside into the village square.

He tries it on the chicken farmer and then the estate agent and once again, they are invincible so he sheaths his sword and chats instead.

‘Yeah.’ He looks at the poster on a nearby wall, a painting of the King with the words ‘vote king’ underneath. ‘I didn’t know there was an election.’

‘The path to the palace is rocky, but you can find the answer you’re looking for in the cave to the north west.’

‘That’s where the polling booth is?’

The woman hurries off on her invisible straight line. Link quickly chases after her and forces her to stop.

‘But I can stab things and risk my life…what? Hurry? You just said that.’

‘Don’t suppose you do hand jobs?’

The woman scurries off again, leaving Link alone and puzzled in the middle of a very small and very rigidly-designed village square.

‘Where did I put that bar…’ he mutters.

Ten hours later, he makes it off the bar stool and all the way up to the top of the mountain.

Some twat chucks down boulders from above, but only a few make contact, and only then cos they bounce in odd directions when they land.

and still ready to

get that third item

as long as it isn’t too heavy cos the other two are starting to weigh me down a bit. Maybe I should’ve left them back in the village before coming all the way up here.

That’s a good idea, but too late now.

‘Where’s this palace at anyway?’

He looks around and sees a rope bridge leading over to a Peruvian temple, so, figuring that must be the place, he walks over, finds a way in and starts stabbing everything that moves, even the candles.

Turns out temples and palaces are both homeless hotspots and, with regret, Link slashes at the neck of another, this time telling him directly that he donates 5 quid a month to Shelter, 5 quid over 12 years, so don’t think this is uncalled for.

Ducking back out with the third item, Link takes the cable car back down to the King’s castle and exits on the roof.

His dad is there, slumped against the guard tower, wooden sword drawn and head missing.

There’s no answer, so Link pretends it’s not happening and jogs inside to fight the magician. He gets to the room where the battle is scheduled to happen but it’s deserted. There are three curtains hanging over the walls, so he checks behind each one, the middle one revealing a secret entrance to a candlelit corridor.

Link follows the corridor all the way to a door that says green room. He turns the handle and enters.

The monster is on the couch, in the form of a pale, wrinkled body, wanking over a pic of Ann Coulter.

Is this part of its plan?

Link doesn’t know, but he’s tired of waiting and tired of political hijackers so he wanders over and stabs through the pic, straight into the monster’s lung.

It takes a while for this one to die

And it’s oddly realistic too.

‘Maybe I should call someone…an ambulance…’

The monster spits out one last line, ‘eat mexican’, before sliding over and dying on the arm of the couch, which

Back in the castle, Link wanders towards the front door and, just as he’s thinking ahead to his bed and the ‘Evil Lynn sex tape’ he found the other week, the door bursts apart and the monster reappears, screaming about the dark world, seven items, boy turning into a tree stump etc etc.

‘Must do mirror world.’

Link throws his sword at the monster, but it just bounces off. He shrugs and walks around the monster, heading out into the palace grounds and over to the front gate.

‘Come back,’ shouts the monster.

The monster gives up, ducks behind the curtain and heads back to the green room. He sits down next to the corpse of Jon Voight, lights up and takes off his mask.

Five minutes later, the Fairy of the West walks in. ‘Hi Gary.’

‘What you doing here?’

‘What happened to Jon?’

Gary Sinise finishes the cigarette and puts the mask back on. He sits still and waits for the Fairy to sit on him and pretend to be excited when he slaps her ass, but there’s no extra weight and no sound of clothes being removed. He can’t even hear her breathing.

‘Where you at little one?’

He slaps her ass.

When it’s done, he takes off the mask and lights up another cigarette. He shudders a little when he sees Kelsey Grammar smoking next to him, but quickly settles himself down. 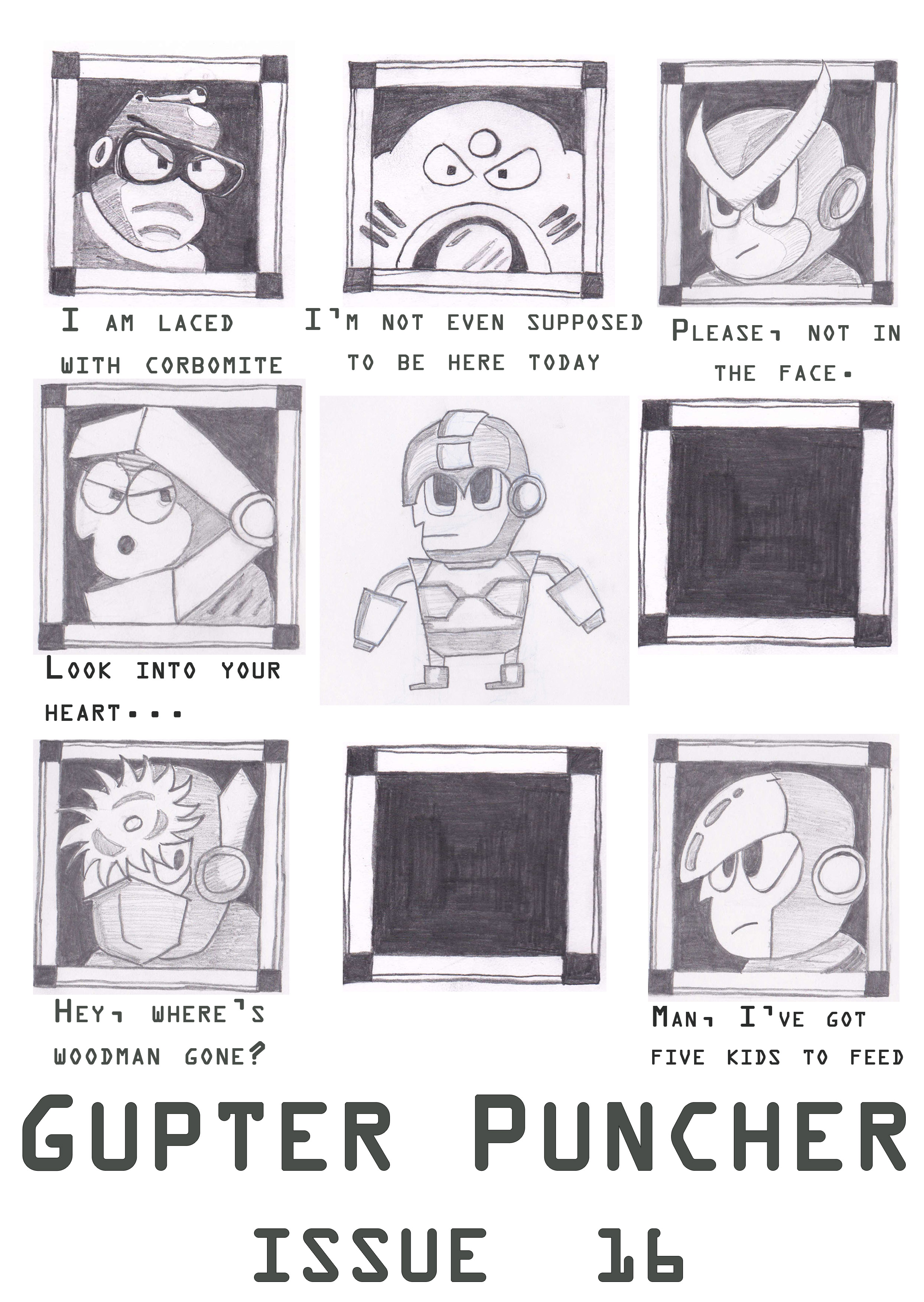